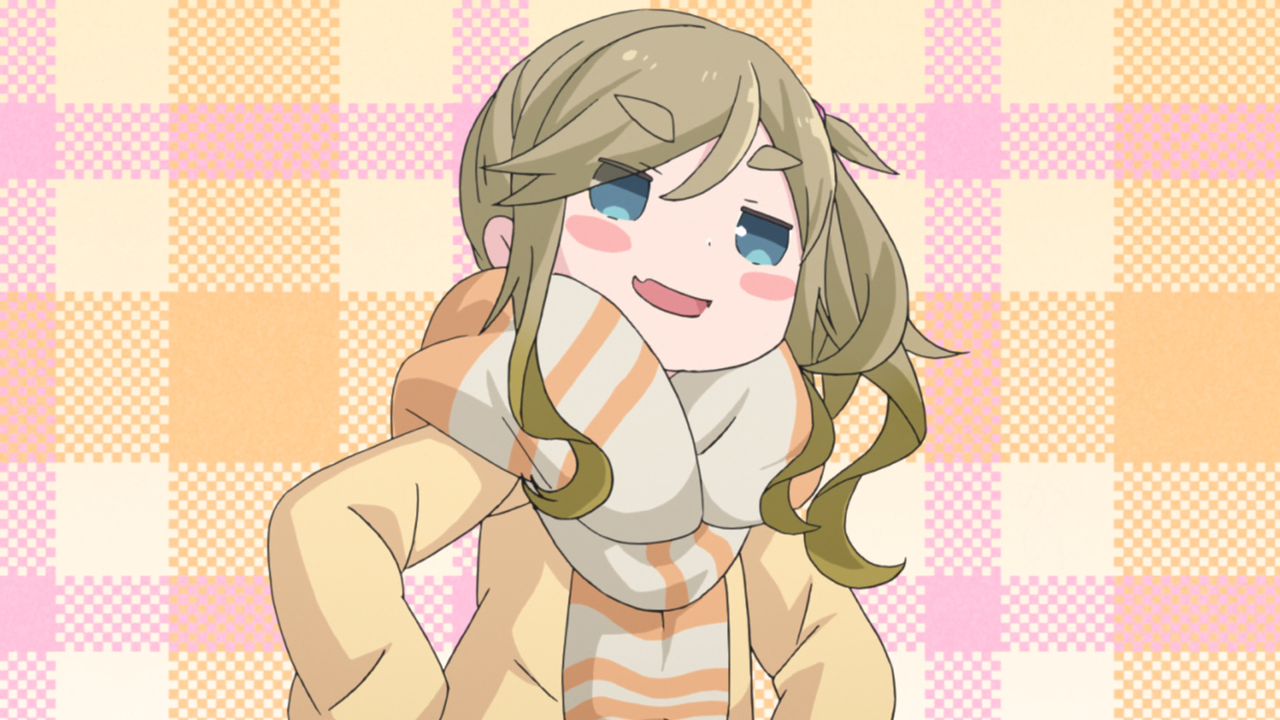 Sobaudon returns. Go back to Episode 6’s Room Camp if you’ve forgotten what the joke is there.

The main note this episode is about the title, which is used throughout the episode. ‘Hora’ (法螺, but more commonly in kana) stems (probably) from the ‘horagai’ (法螺貝), the Japanese name of Charonia tritonis (‘Triton’s trumpet’). Big conch shell; makes a sound when you blow it. This trumpet-blowing evolved over time to mean telling tall tales, or exaggerating in general (it is, though, a bit different from ‘blowing one’s own horn’). Or rather, to blow the horn (ほらを吹く, ‘hora wo fuku’) is associated with that, while by extension the tales or stories themselves would be (roughly) the ‘hora’.

So ‘hora’ was translated as ‘bull’, ‘horafuku’ as ‘spouting bull’, etc. This bull (meaning nonsense or lies or whatever else; I’m sure you know) actually has a separate etymology from ‘bullshit’, though they’ve ended up meaning close to the same thing.

The ability to use ‘bull sisters’ (ほら吹き姉妹) is also a very fortunate coincidence.