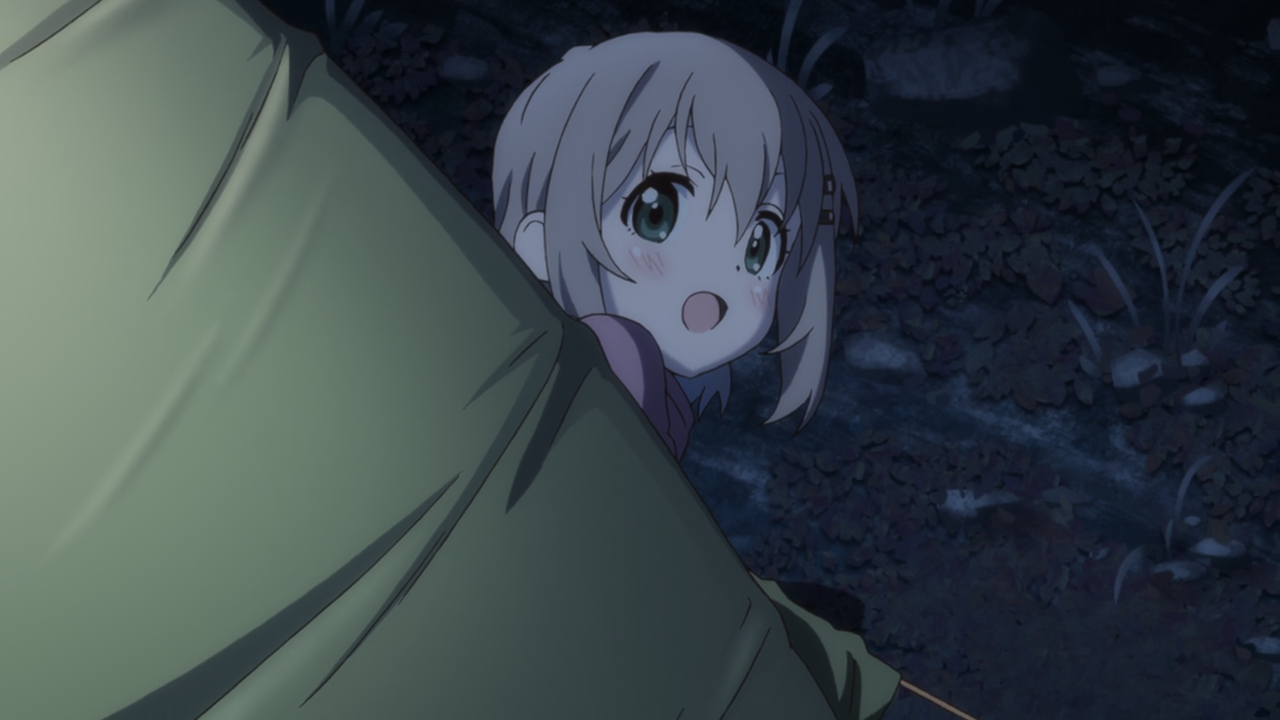 yfw your show gets a third season

Welcome to Summer! We’re extremely fortunate to be getting another cour of this wonderful show, and I’m pleased beyond words to be able to bring it to you. It is a truth universally acknowledged that cute girl shows get better with additional seasons, and this Third one hits the ground running with an opening episode as touching, relatable, and miraculous as Yama no Susume’s always been. And with the atmosphere and scenery in this episode, that particular opening shot, and an unexpectedly jazzy OP, it seems to have picked up more than a little of Yuru Camp’s special magic as well. They should have called it Yama Camp. Yuru no Susume. Yuru Yama no Camp Susume: Δ Season. I’ve got high hopes; get ready for an excellent summer.

P.S. Sorry about the delay. First episode, you know. To be clear, my fault. Next week (this week) should be much faster, and we’ll try to beat Episode 3’s air date.

We’ve also already got everyone’s favourite: TL notes. I wrote too many of them, so after the jump.

Sunshine 60’s a skyscraper in Tokyo, in the Sunshine City mall complex. Tallest building in Asia for a while, and then tallest building in Japan for a while after that, and famous for the observation deck at the top. It’s windy because it’s actually open-air: the deck’s just the roof.

This is nearly irrelevant, since only it shows up for all of five seconds on the bakery register, but the Japanese apparently call their sort of roughly cheesecake-ish thing a ‘souffle au fromage’, though the actual French… foodthing by that name’s slightly different.  Only marginally crazier than that, though, is that they call cream puffs  ‘cookie choux’.

On the topic of the bakery, it’s a reference to Hannou’s very own actual real-life bakery called ‘Yumesaika Suzuki’ (夢彩菓すずき). ‘Hanasaika’ (華彩菓; in this case 華 is likely used simply as a variant of 花, but this is a beautiful character that can also mean magnificent, flashy, gorgeous, and the like, or Chinese in a fairly poetic sense: you’ll find it in the names of both the Republic of China (中華民国) and the People’s Republic of China (中華人民共和国)) is thus part of the actual name, so we left it untranslated. However, it’s really sort of a descriptor (cf. ‘Susuki’, which really is just a name), meaning something like ‘flower-coloured confectioneries’ (originally ‘dream’), where ‘colour’ is in a fairly abstract sense. In case you were wondering.

The Hundred Famous Japanese Mountains (日本百名山, also rendered as ‘One Hundred Mountains of Japan’ in the actual book translation) is a very well-known book that, surprise, surprise, lists a hundred famous Japanese mountains. It’s a very convenient list for climbers that’s based on the mountains’ histories and characters, but also on height: only mountains higher than 1,500 metres are included. Except for the ones that are shorter than that but are in there anyway because of their general importance, like Mt. Tsukuba.

Tsukuba itself is composed of two peaks: 877-metre Nyotai and 871-metre Nantai. ‘Nyotai’ (女体) literally means ‘female body’, which is why Hinata makes that joke; ‘Nantai’ (男体) means ‘male body’, and the two summits are named after the super-important gods Izanami (sister) and Izanagi (brother), who live on them or something like that.

Benkei was a warrior monk (‘souhei’, which existed because Heian Period Buddhist sects had some issues to work out) famed for his honour and extreme loyalty to his lord. His lord happened to be Minamoto no Yoshitsune, whom Benkei would end up dying defending (so that Yoshitsune could kill himself himself, of course) during the foundation of the Kamakura Shogunate (run by Yoshitsune’s brother Yoritomo). Remember Prince Shoutoku from the Second Season? Maybe Benkei’ll be a running joke like that.

Toad oil from Tsukuba actually is famous (and in particular for being good for your skin, among other claims). God knows why.

On Tsukuba, Aoi and Hinata visit, in order, the ‘Seven Retreats of Benkei’ (弁慶七戻り), so named because even Benkei was so freaked out about that dodgy rock’s maybe falling on him that he backed up seven times before finally going through; the ‘Mother’s Womb Crawl’ (母の胎内潜り), self-explanatory; the ‘Yin and Yang Stones’ (陰陽石), because there’s two of them; the ‘Departing and Arriving Ships’ (出船入船), because that’s what they look like; the ‘Rear-Facing Daikoku’ (裏面大黒), because it looks like the god Daikoku glancing over his shoulder; and the ‘Big Dipper Rock’ (北斗岩),  because like the Big Dipper it points at Polaris? Hell, I don’t know.

A lot of notes for a ten-minute episode (and even more signs; pray for joletb). I hope you found reading it informative and entertaining, since I found researching it so. See you next episode!