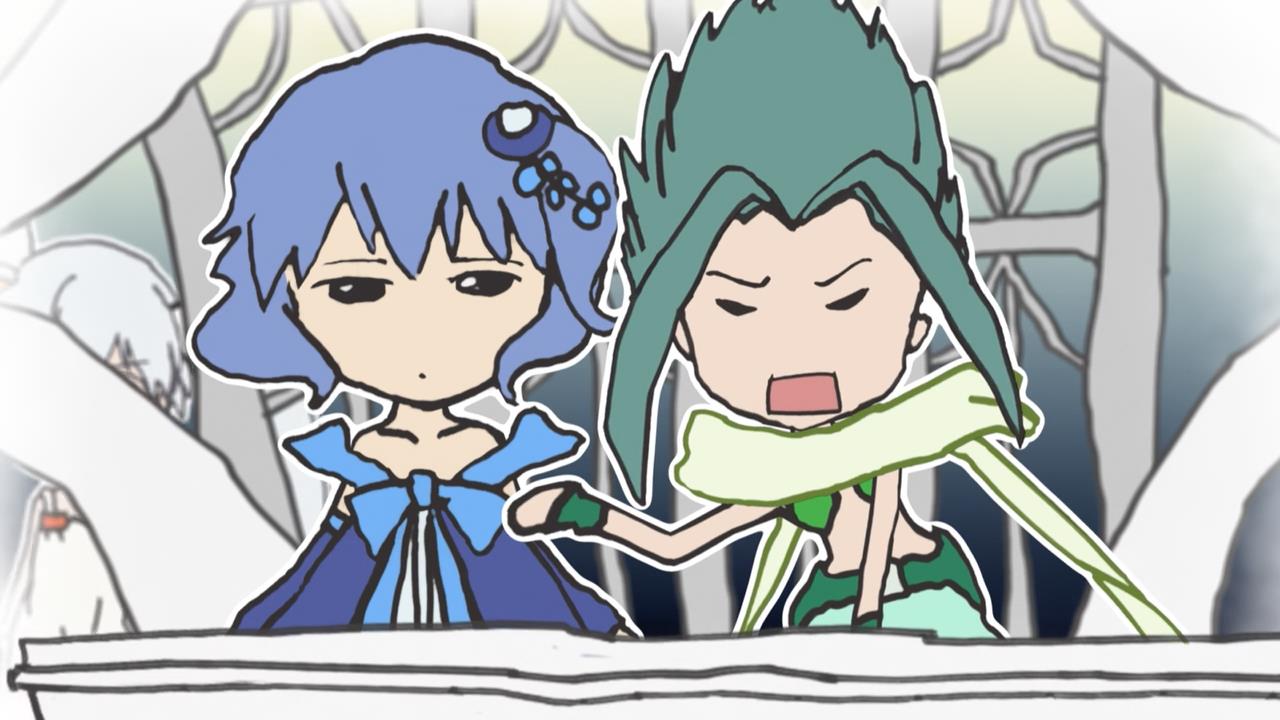 This “episode” has a ton of translation notes, so get ready.

0:23—Matsukura is the JC Staff producer and Kawase is the Warner Bros producer. There’s also a director mentioned whose name is Souka(?), but I can’t find info on him anywhere.

1:12—The bitch that likes Kazuki wants to be the same thing Iona and Akira are.

1:56—Ruuko refers to Mayuge Koalas, a snack you’ve likely seen in asian foodmarkets that are like little cookies with chocolate inside them. The opening sometimes has gold or silver angel images on it, which you can trade in for points and a prize. You’re likely familiar with some popsicles letting you get a free one if you win (the stick either says “hit” or “miss”). Ruuko says that she’s only gotten 4 in a row in bingo before, but never the full 5.

3:08—Unknown reference, quite possibly referring to the Japanese baseball player Tanaka Masahiro. He’s a fan of Momoiro Clover Z and plays for the Yankees.

3:11—There’s a tradition in sumo where fighters are supposed to visit eight specific shrines and pray for your success. From the way this boy speaks of it the tradition has probably devolved into a simple publicity stunt, so it doesn’t matter how many wins you have as long as you appeal to the fans.

3:21—One of the teams she refers to are the Yomiuri Giants, sometimes called the Japan Giants (which some people don’t approve of). The other censored reference she makes is probably a similar team.

3:26—My best guess for this is tickets for the Queen and Paul Rodgers concert that happened at the Saitama Super Arena (mentioned later by Yuzuki) back in 2005. The Arena itself is host to a wide variety of sports and music concerts.

3:34—The Budokan, obviously, is where the best of the best music artists perform.

Various—Tama is shouting in the background about hosting her own show the entire time.