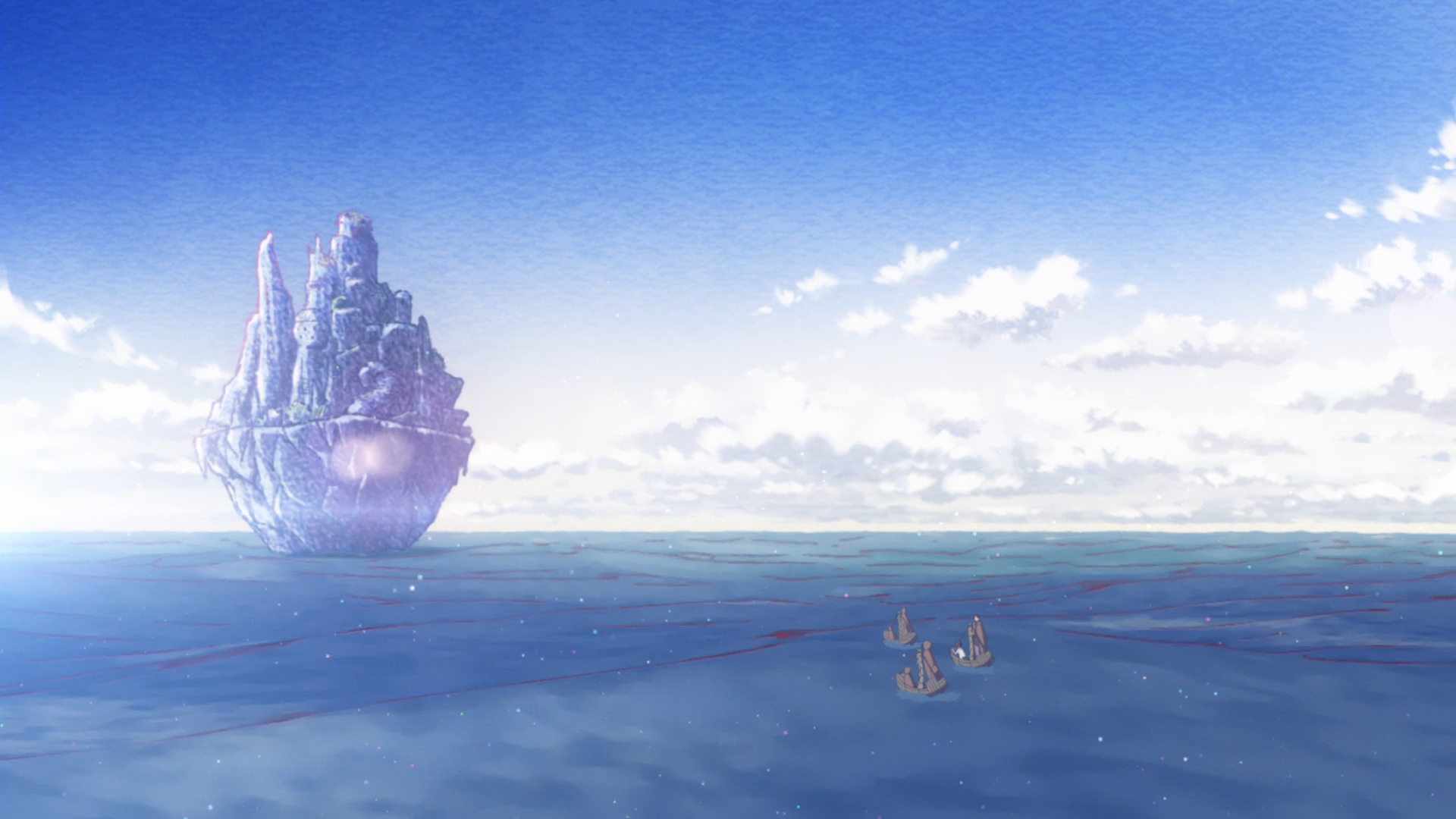 Easily the most beautiful anime of the season

We’re back, and welcome to Autumn of 2017. As you saw below, our pick for the season is Children of the Whales. Once again Netflix has blessed us with the opportunity to save anime—I only wish they would do the same for the other two dozen series airing right now. But that aside, there are a few little notes that would be helpful to understand this show which I’ll explain below.

Their abilities, thymia, are written in kanji as 情念動, which literally means “emotion telekinesis”. Although explained by the characters, it’s self-evident in Japanese. Also from the official glossary at this link, the shapes above their heads and around what they control is called their aura.

Apathoia, as well as the writing and spelling of Lykos’s name, appear to have Greek origins. Apathoia of course coming from the word apathy, or a-pathos.

Most of the characters are named after historic and outdated names for Japanese colors. A list can be found here.

Moreover, this allows us to understand the title of the ED, Hashitairo. An explanation can be found here, but more important is justification for the more or less made up color we used, half-cold purple. Cold purple comes from a color chart I found here, and the “half” part is expounded upon in the first link. Put simply, the name in Japanese literally means halfway between deep and light purple. It has a very interesting explanation about dyes, royalty, and so on, but I hope that gives you an idea of where this strange name came from. Different cultures have vastly different names for colors that change throughout the ages, so it shouldn’t be surprising how difficult it can be to approximate.