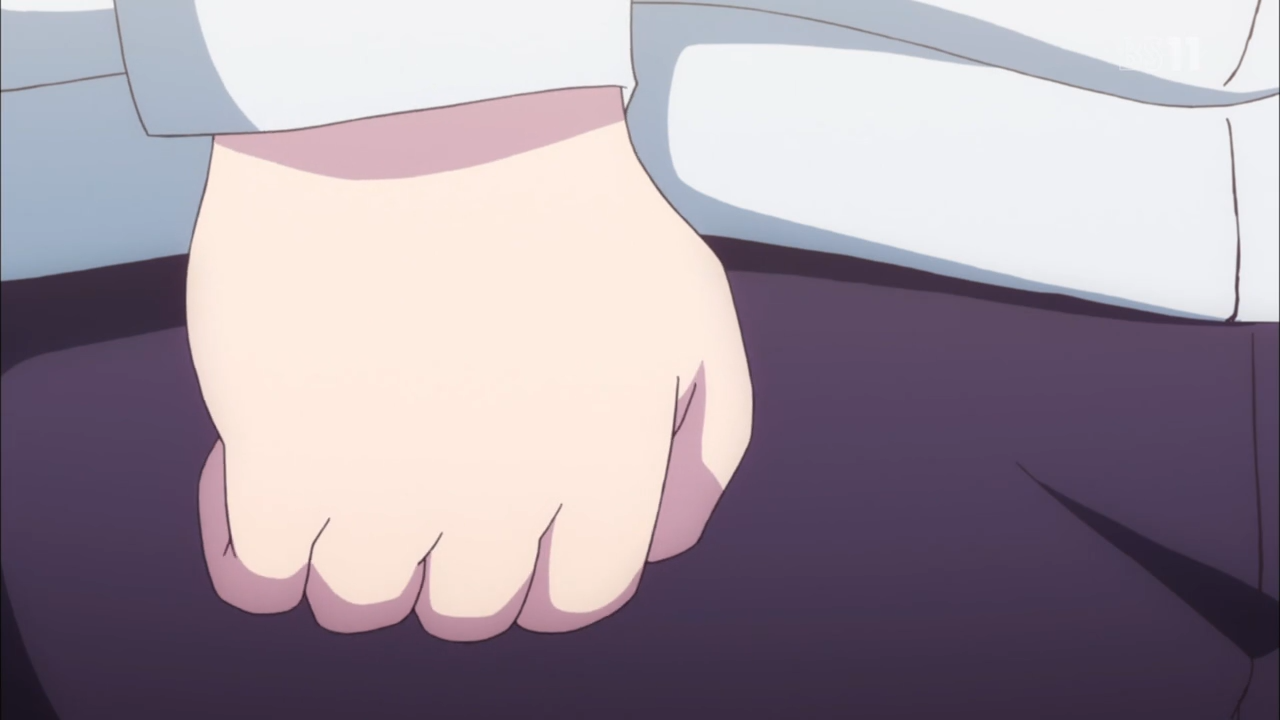 when tesco runs out of your favorite cup ramen flavour

I said I’d do another post when pigs start to fly… well, here I am. This episode presents another formidable argument why the idol business is a treacherous path that should be avoided at all costs. If you are a cute little girl, please consider more sustainable career paths and please, please, do not shoot for the moon. I heard they have openings in magical IT. 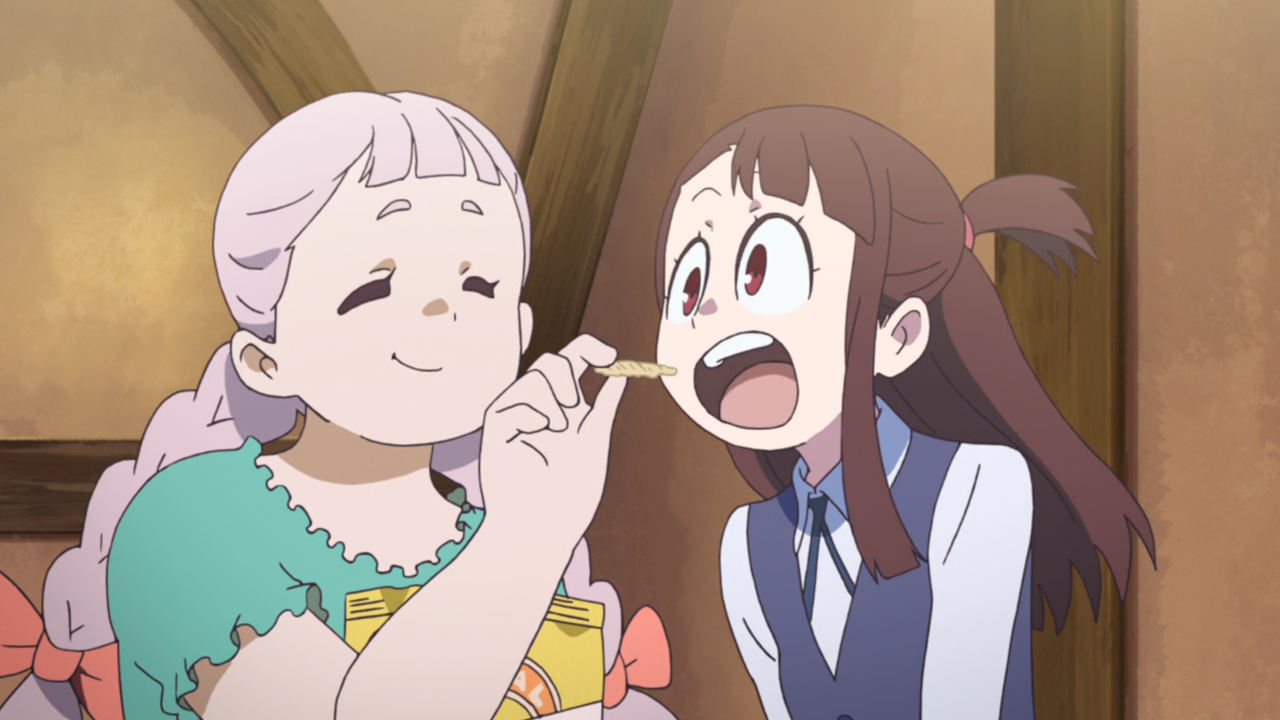 Sorry about the delay.

This episode features tiny tinkerers and megaton monstrosities, a drill or two, and perhaps even a smile well deserving of your protection. 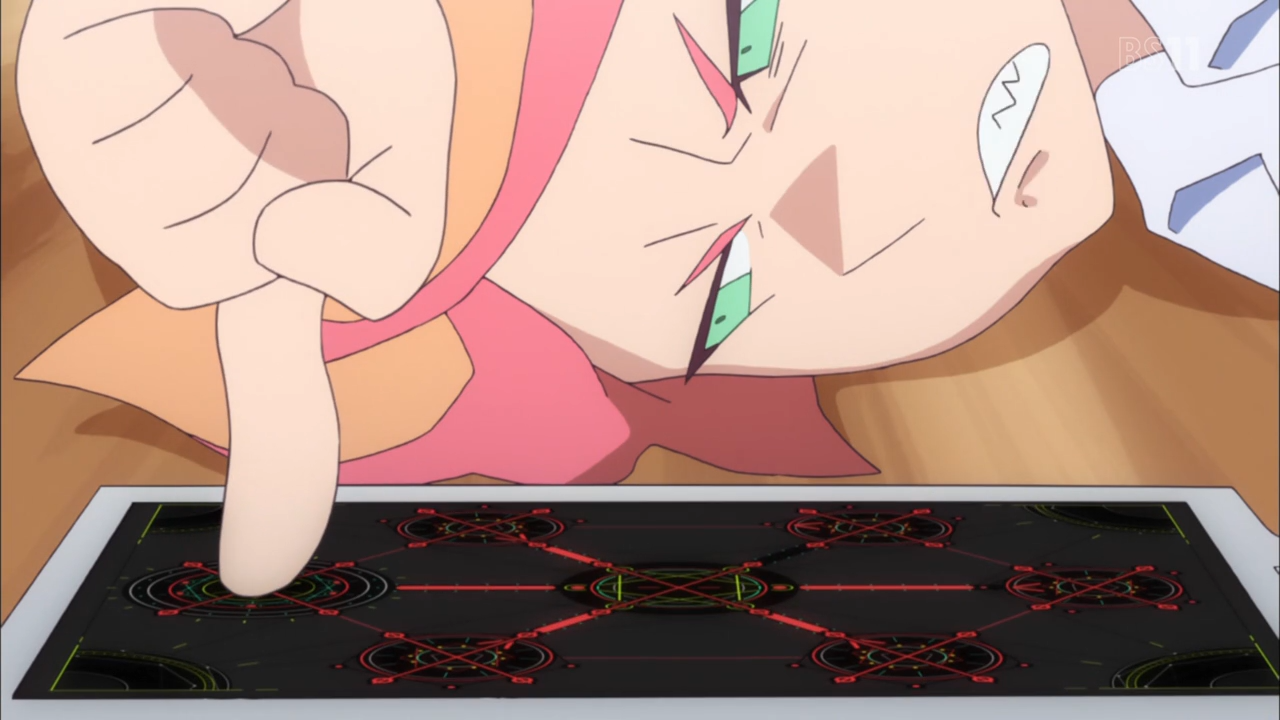 not good with computers

I made several bad calls in editing in a previous episodes, one of which was corrected for this one. The spells will remain unchanged for the sake of consistency until we get an authoritative source on their spelling. I’m sick of them to be honest, but sometimes you have to go through hardships to the stars. 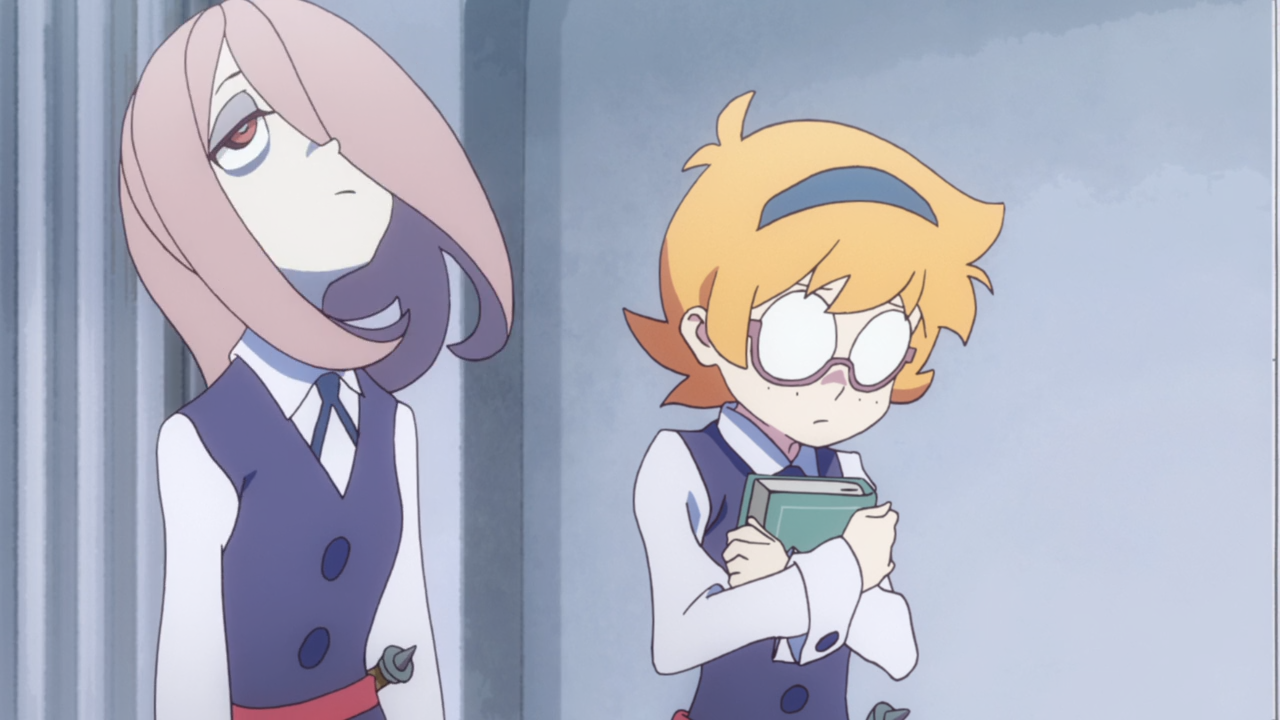 I’d like to apologize for the additional delay. Our initial 12+12-hour release window for this episode was a tad bit too optimistic, which is entirely my fault. Direct your sticks and stones at me. This was our first bad weekend out of 13 so far, and I hope it will be the last. At least the Wixoss crowd knows the pain of >waiting for Asenshi.

This was a neat mid-season finale to the first cours of Little Witch Academia. Some bits reminded me of Umakoshi’s mushi animation in Mushishi Zoku-Shou, which is a cool thing to be reminded of. They say the fun times are over now that we are entering the second cours, but we’ll see if our girl Akko will let that happen. 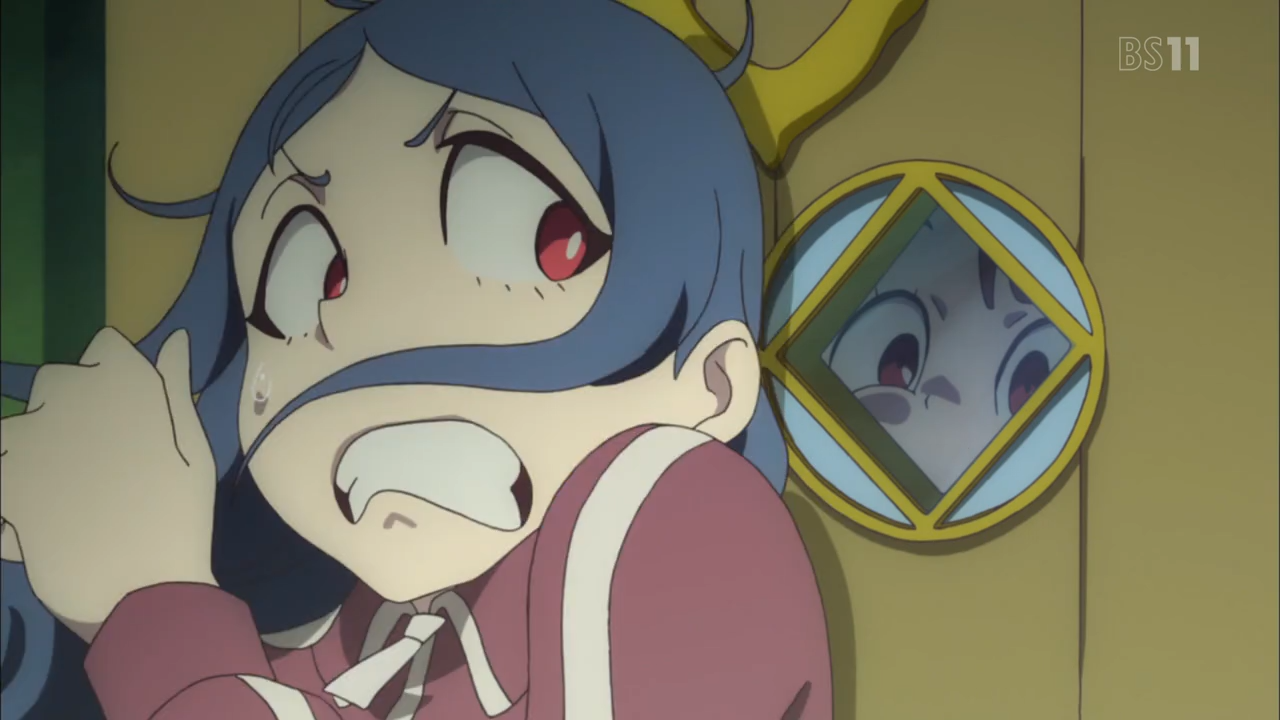 excuse me, ma’am, do you have a moment to talk about my lord and savior shiny chariot?

Sometimes, editing is an exercise in failing. Ever try, ever fail. We assume there is a pattern to the spell names, most likely based on some Gaelic or Anglic language, only that we couldn’t confirm it yet; some spells sound dangerously close to having Latin or Ancient Greek stems. And whatever they’re derived from or mixed and matched with, they’re converted from Latin script to kana and filtered through Japanese scriptwriters and seiyuu before they reach our ears (and CCs). Well, fuck.

This episode is introducing a trope from Gaelic folktales. That is good news, since it gives us a solid hint. It is also bad news, since it means I can study phonology charts and keep combining and recombining morphemes for hours on end, but I still can’t not fuck editing this up; I wish I were a savant, but I’m of middling intellect and mediocre skill. No matter, try again: Until we get a definitive source, we have to do something. So we’ll fail again, but maybe we’ll fail better as we keep working towards it, until we find it in our hands. 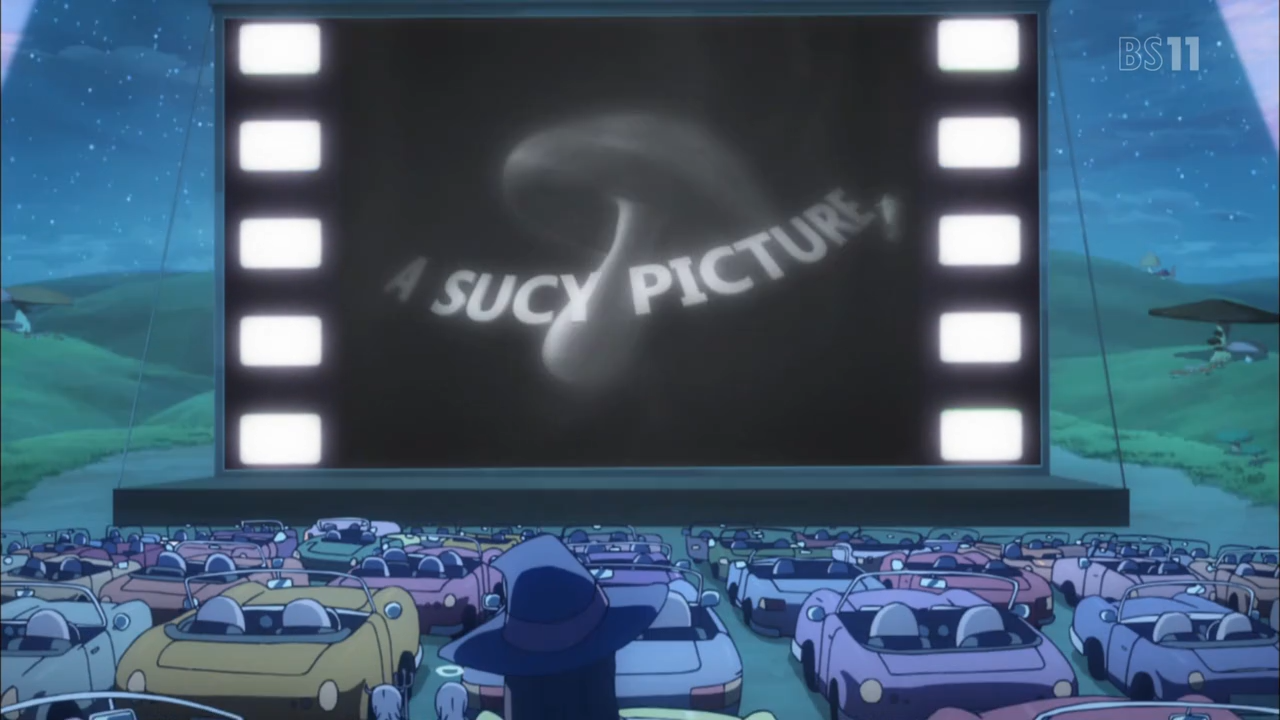 my mom told me not to watch saucy pictures on the internet; i think i’m safe

Spaghetti with mushroom sauce is one of my go-to recipes. Cut mushrooms into stripes, sear them, add cream sauce. Put that on your noodles (you know how to cook noodles, right?), and heap ungodly amounts of grated cheese on sauce and noodles. When I say ungodly amounts, I mean Xenogears-style god-slaying amounts. Eat while watching an episode of anime. Maybe even Little Witch Academia? This episode would certainly work. 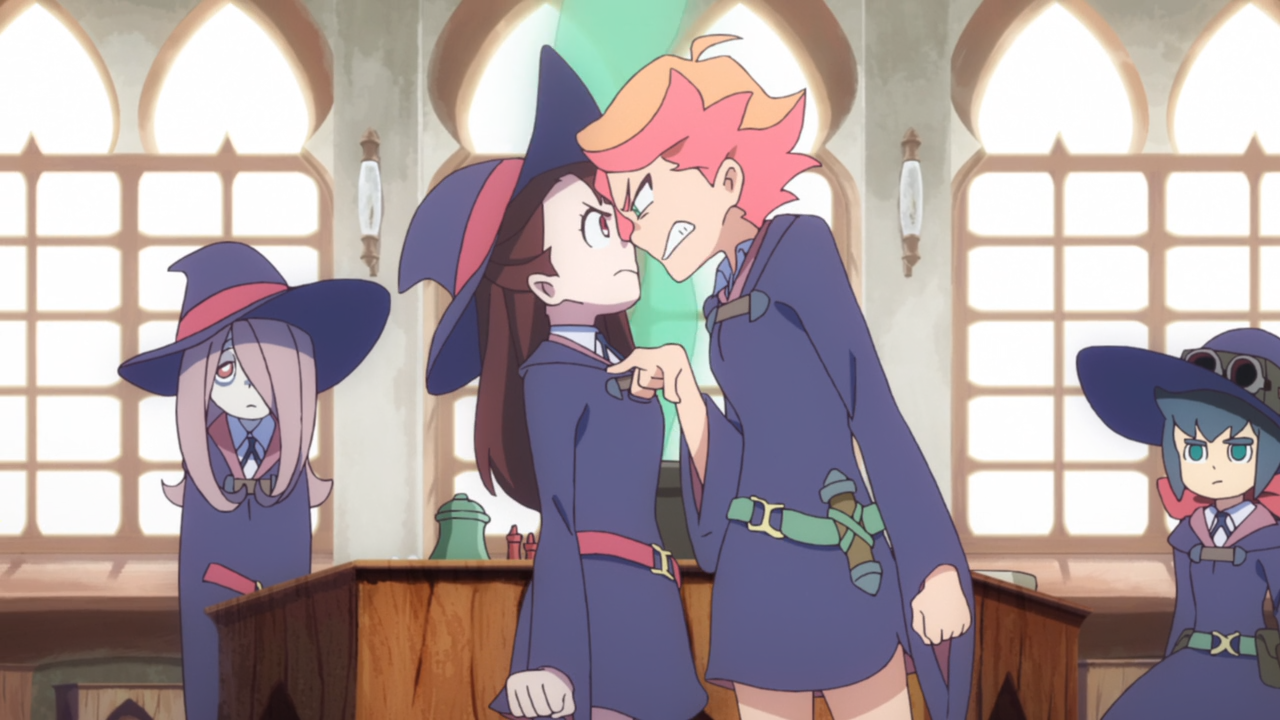 Filthy animals that you are, I bet you wouldn’t complain about doing the laundry for a whole school of little witches. 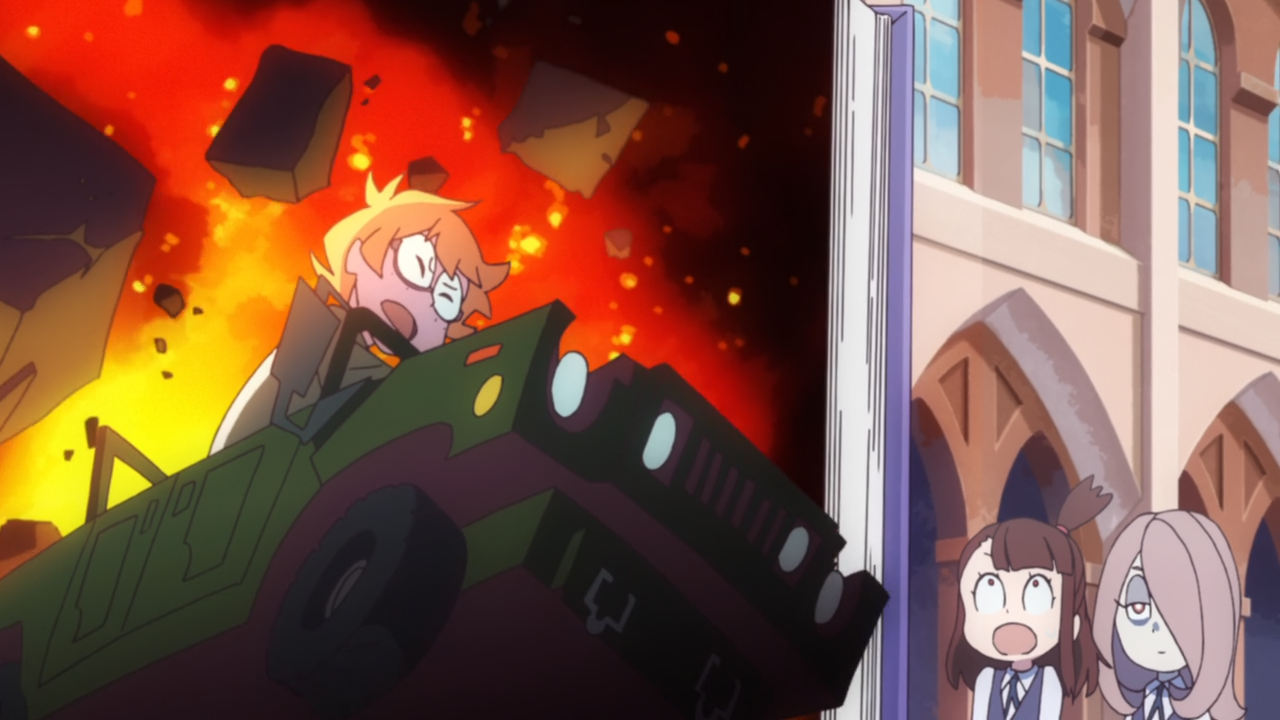 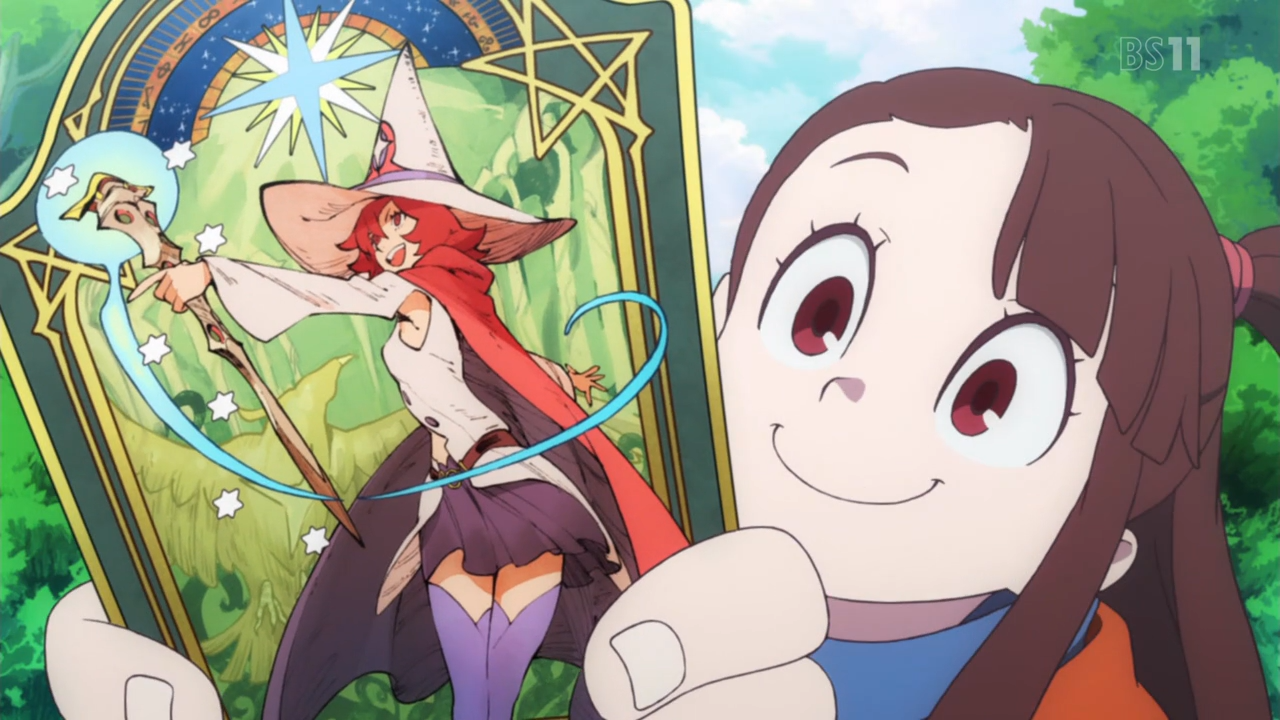 look at my witch!

Look at her witch.

(Erratum after the break)

END_OF_DOCUMENT_TOKEN_TO_BE_REPLACED

This episode comes with a neat idea how to combat Christmas dinner bloat and maintain your exercise routine over the holidays. If your parents ask you what the fuck is wrong with you, just tell them Asenshi made you do it.